Next Steps to
Get Started

The Benefits of Renting to Tenants With Pets 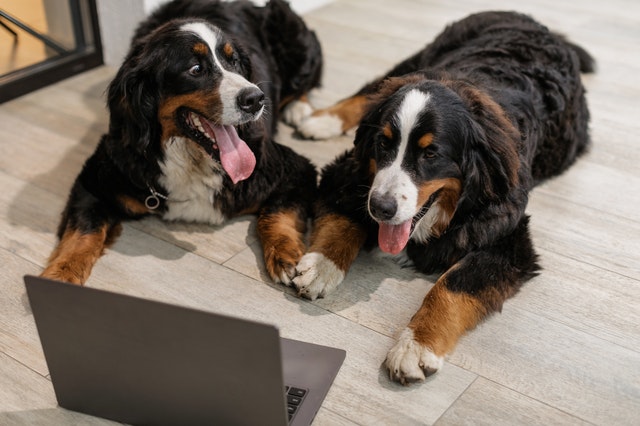 During tenant selection, whether or not to allow pets into a premise has been a question that landlords have often had to deal with. On one hand, pets can increase the risk of damage to the property or even become a source of conflict with the neighbors.

On the other hand, with the increase in the number of pet owners, landlords may stand to gain if they’re willing to be more flexible on their ‘pet policy’.

Pet owners generally have a difficult time finding the right property to rent. This is mainly because owning a pet poses a greater risk of damage to the premises. Some landlords may allow tenants to keep pets, but they also have strict rules in place. In some instances, they may even have a separate pet agreement.

Do landlords alienate a potentially large tenant pool by having a no pet policy? Is it worth it for landlords to allow pets into their premises? To answer these questions, we need to take a look at the pros and cons of renting to pet owners.

Why Landlords Should Consider Renting to Tenants With Pets

Landlords being more flexible on pet ownership may actually be to their benefit. Pet owners tend to be more responsible and easier to deal with compared to other tenants. Let’s take a look at some of the benefits associated with renting to pet owners.

A Larger Pool of Tenants to Choose From

The number of people that own pets have increased in recent years. Naturally, this translates to an increased number of people with pets in tenant applications. By restricting pet ownership, landlords may find themselves in a situation where they have fewer potential tenants to choose from.

However, if landlords were to be more flexible on pet ownership, they would have more options for potential tenants. This would also mean that landlords won’t have to compromise on their tenant screening process.

Unlike other tenants, tenants with pets usually have a more difficult time qualifying as tenants. This means that once they do qualify for tenancy, they might try harder to be a high-quality tenant and become a long-term tenant.

Pet owners are more likely to negotiate for a longer tenancy period than non-owners. For the landlord, this translates to greater income security due to lower rates of vacancy and a reduction in the costs associated with tenant turnover.

Tenants With Pets Are Willing to Pay More

As previously mentioned, pet owners have a more difficult time qualifying as tenants. In some cases, landlords may find pet owners more willing to outbid other applicants for the tenancy by paying a higher rent.

This is because some pet owners understand and appreciate the hesitance of landlords in accepting their applications. Having pets on the premises increases the risk of damage and potential costs of repair and charging a higher rent would help to compensate for this. For landlords, this translates to a greater income earning potential.

Landlords Would Have More Control Over Their Property

Some tenants may tend to disagree with a no-tolerance policy when it comes to pets. Even though a landlord may specify this condition in the lease agreement, there may be instances where tenants would secretly keep pets on the premises.

Allowing tenants to have pets reduces the likelihood of such an occurrence. The landlord may also have greater control by establishing some rules on pet ownership on the premises. These rules may be included as a separate item in the lease agreement and would ensure greater accountability by the pet owners.

As a rule of thumb, landlords have an easier time managing their property when the tenants are happy. Pets tend to make people more relaxed and easier to deal with.

Pet owners are usually also responsible people. Having a pet is a big commitment as it requires feeding, vaccinating, training, and regular exercise for the pet. If a person can be committed to taking care of animals, they are more likely to pay rent on time and take care of the premises.

The Risks Associated with Pet Ownership in a Premise

Even though it might seem appealing for landlords to be more flexible on tenants having pets around, there are also some associated risks. Some of these are:

The Risk of Damage to the Property

One can’t deny that pets can be destructive. Bite marks on doors, drywall, and sometimes even urine stains on the walls and floors can result from having pets on the premises.

Even though the tenant may make an effort to train them, some misbehavior by the pets can be expected. Such damage is likely to increase the landlord’s overall cost of repairs.

Trouble With the Neighbors

Just as some people love pets, other people tend to dislike them. For the landlord, this would mean having to resolve unnecessary disputes more often. Landlords would have to deal with noise complaints, damage to the neighbors’ property or even injury to the neighbors themselves.

Some of the tenants on the premises may be allergic to pets such as cats and dogs. Even though they may try to avoid these pets, some allergens tend to make their way into the air ducts or stick on the carpets. This may cause allergic reactions in some of the other tenants.

Being more flexible when it comes to pet ownership may not only increase the landlord’s income but would also give them an easier time managing the property. Though some complications may arise, a little conflict resolution skill would come in handy.

If you feel worried about allowing pets on your property and might want a little help, we’re here for you. Reach out to the professionals at Foothills Properties Management & Realty and we’ll help you make the most out of your Tucson property.